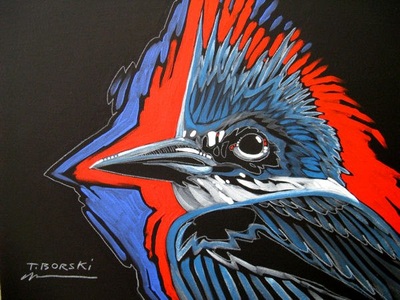 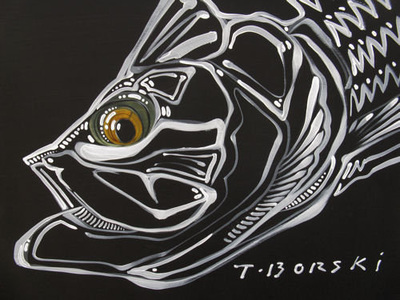 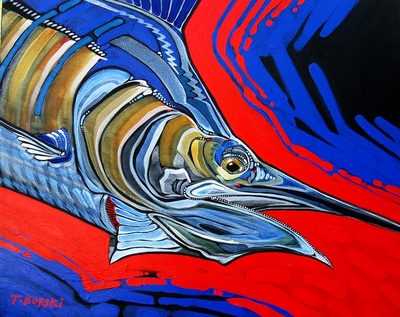 Branching into oils and acrylics, Borski constantly innovates. He won first place in acrylics in a Purple Isles Art Guild show for a typical Borski painting, a detailed, 30-by-40-inch snook painting on a bright orange-red background, as well as a second place for ‘Dem’s Good Eatin’, a painting of Arctic butterfish.

The International Game Fish Association named Tim “2015 Artist of the Year.” Tim’s art graced the IGFA’s annual publication which resulted in commissions from as far away as Japan.

Tim was featured in a 2013 Italian fly tying article by A. Quazzo, and numerous publications worldwide. He also was featured in the April 2007 Men’s Journal article on “Keys characters.”

Tim is an entertaining writer as well. He wrote a series of fly tying articles for the quarterly Redbone Journal.

Married to writer Jill Zima Borski, and blessed with two boys Josef, 15, and Gus, 12, Borski plans to remain in Islamorada ‘til his paintbrush glides no more. 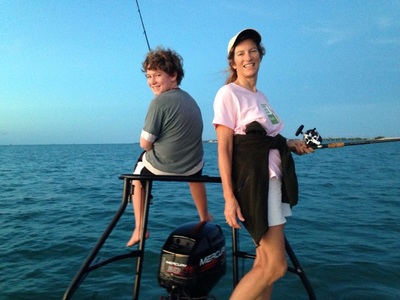 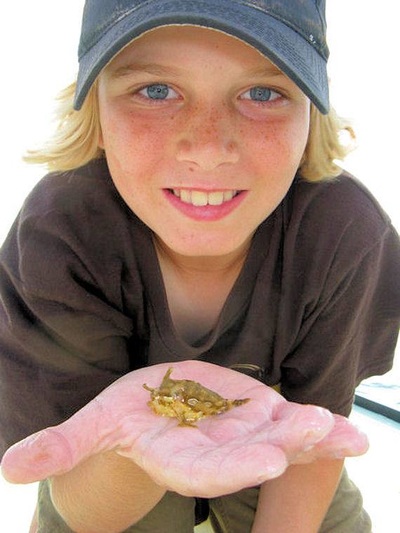 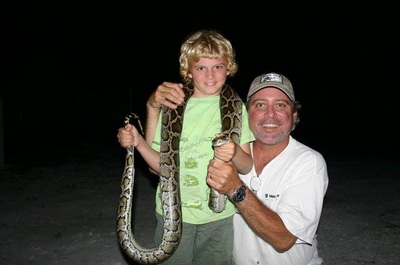